These three dance shows are a striking example of the increasingly adventurous programming at the multi-discipline BGAC in Tottenham, a venue that still has a relatively low profile outside the borough of Haringey. The SystemsLAB double bill of Alesandra Seutin’s Ceci N’est Pas Noire and Asha Thomas and Yinka Esi Graves’ Clay presents dynamic and imaginative choreography in a thought-provoking context of migration, memory, mask and rebuke to ageless, sadly motionless stereotypes.

Projecting tremendous stage presence and charisma, Seutin, skirting around a kind of makeshift boxing ring, addresses the audience directly on what they see when they look at her – or rather think they see – and then proceeds to play further beyond the fourth wall, asking us to touch, smell and feel the colourful wrap she removes from her head.
The disconcerting intimacy gives way to a series of boldly executed steps that move seamlessly from western to African dance styles, with a kind of taut military strut in between which maintains the studied tension of the whole performance. It is an audacious start to the evening which contrasts sharply with the aesthetic of Thomas and Graves, whose composite of contemporary dance and flamenco is executed with real grace to live music supplied by Guillermo Guillen, who complements his Spanish guitar with a series of subtle percussive loops. Mapping an epic journey from West Africa to the Caribbean via the Deep South the narrative, which makes use of several judicious props, none more so than a long dark train that turns Graves into a spider woman deity, stands as a luminous tale of the black Diaspora.

A few days later the Tavaziva company, brainchild of London-based Zimbabwean choreographer Bawren Tavaziva, presents Izindava, a piece he himself describes as a treatise on ‘naivety, fear and religion.’ Understated, drifting ambient beats and punchy rhythms propel a wide range of movement, from graceful undulation to dignified, statuesque stillness in a work that Bawren scored as well as choreographed.
“Usually, for me, the music and the choreography work parallel to each other. I make the music before, like now I am making music for a project and then I keep it until creation in the studio,” he told me via email before the performance. “When I’m in the studio the music gives a good start, I can look at the movement and the music together, but I might go home and change or adapt it slightly. It’s important both components feed into each other and I can feel when the movement and music click together and that’s when I know it’s right.”
Bawren’s very first guitar was made for him by his brother from a fishing wire and tin can, and as he went deeper into the world of music he discovered iconic artists who combined song and dance, such as Michael Jackson, and he pursued both disciplines spontaneously.
“My main sources of inspiration come from people, mostly choreographers and musicians,” continues Bawren whose previous production was 2015’s acclaimed Africarmen. “I worked with Neville Campbell, starting my career, and he is a big inspiration to me, others include William Forsythe and Yuri Killian. Additionally there is a Zimbabwean musician and he thinks in the same way as me when I approach my choreography; his songs have to have a reason, they aren’t just made to fit into the industry or follow the crowd, they have to have a purpose to be sung.”
Reflecting the realities of both post-colonial Zimbabwe and a modern world riven with corruption, cruelty and greed, Izindava has weighty subject matter, to say the least. The performance, which is decisively bolstered by input of dancers Lisa Rowley, Yaa Appiah-badu and Luke Crook, among others, is both solemn and celebratory, and it is the balance struck between the sense of lived experience conveyed on stage and the stark, bold character of the music that lends considerable political power to the work.
“It’s in my blood and I can’t change it so therefore it will always be there. But all my works are inspired by being young; my childhood experiences. I guess my work is driven by Africa as a whole, not just Zimbabwe and that’s what makes it so unique.”
[Kevin Le Gendre] 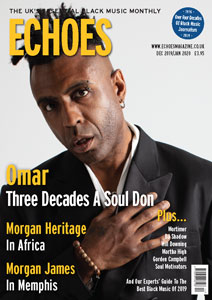