Steve Nichol, founder of the acclaimed London soul pioneers Loose Ends, is back after a 30-year hiatus and working on a new solo album project, SON One.
Due in early 2020, the new set will feature production and writing collaborations with UK soul artists Soulpersona and George Anderson, as well as US acts, including Parice Rushen. Vocals will be supplied by such Ellene Masri [who featured on Dangerous Romance, an advance cut that appeared on Expansion Records’ Luxury Soul 2019collection] and Debby Bracknell. Former Loose Ends partner Jane Eugene will also figure. 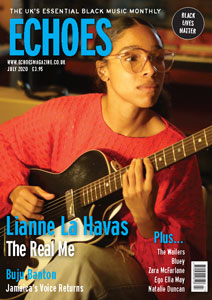