The chuckle of recognition that greets the MC’s quip about a ‘big man… but you’re in bad shape’ is the quite perfect complement to a freesheet that features Michael Caine, a cold stare and a double-barreled shotgun in the immortal pose from Get Carter. This is Sounds For Spies & Private Eyes, a celebration of film and television music on which the entire audience, it would seem, has been thoroughly weaned. On the final weekend of a festival that looks to have grown since I last visited a few years ago, the programme couldn’t strike a better balance between populist appeal and high grade artistry, as a fine 35-piece orchestra conducted by Charles Hazlewood runs through a smart selection of everybody’s favourite tunes from the big and small screen.

The substantial bonus of a 12-piece string section really does make a difference as it attacks the rich orchestral works of Mancini, Barry, Goldsmith, Jones, Schifrin et al, but if the lush legatos of violins, violas and cellos make for a beautifully rich addition to the brass, reeds and percussion, Will Gregory’s arsenal of vintage keyboards is no less important, producing the all important gurgles and gratings that take us right back to a time of mohairs, pencil ties and sexism, James. A real highlight is Roy Budd’s Get Carter, for which Caine’s man menace sideburns and furrowed brow are matched by the haunting glistens of electric piano and a sly pentatonic bassline that drives the beat home with as much foreboding as the train that took said avenger up north.

Hazlewood and guitarist-arranger Denny Ilett do very well in keeping the scores crisp and dynamic, and manage to run through no fewer than 23 pieces so as to really emphasize both the melodies and snappy riffs that have taken up residence in many hearts and minds. In which case there are few solos on offer, which is slightly problematic given that excellent players such as Ben Waghorn, Adrian Utley and Jake McMurchie are on stage and not granted a chance to really stretch out. When JB’s legend Pee Wee Ellis strolls on to play The Pink Panther and does improvise, so soulfully, on just a few swung choruses the temperature in the room rises as surely as Inspector Clouseau would fall on a banana skin discarded by his own comical hands. Still, there is enough imagination in this concert to satisfy all ears, and the sparks of invention, none more so than the moment the string players all sing a quite ghostly refrain into their mics, light a mighty fire of applause.

Just next door at the Lantern there is music from Laura Jurd’s Dinosaur that pushes deeper into improvisation from an electric fusion point of departure, and the day after Yazz Ahmed also delivers an interesting exploration of Arabic culture through a jazz lens, so it could be argued that Sounds For Spies brought the right entertainment razz to the festival. If the presence of Jasper Hoiby, Jason Rebello and the aforementioned Pee Wee Ellis, who played a sold out show of his own, also proved that the event draws big names then this gig showed that it can present big tunes as they should be presented, with well marshaled resources, sharp discipline and a dash of boyish mischief.
Kevin Le Gendre 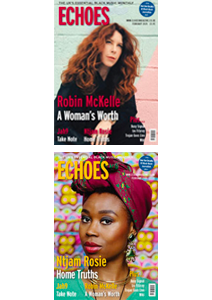